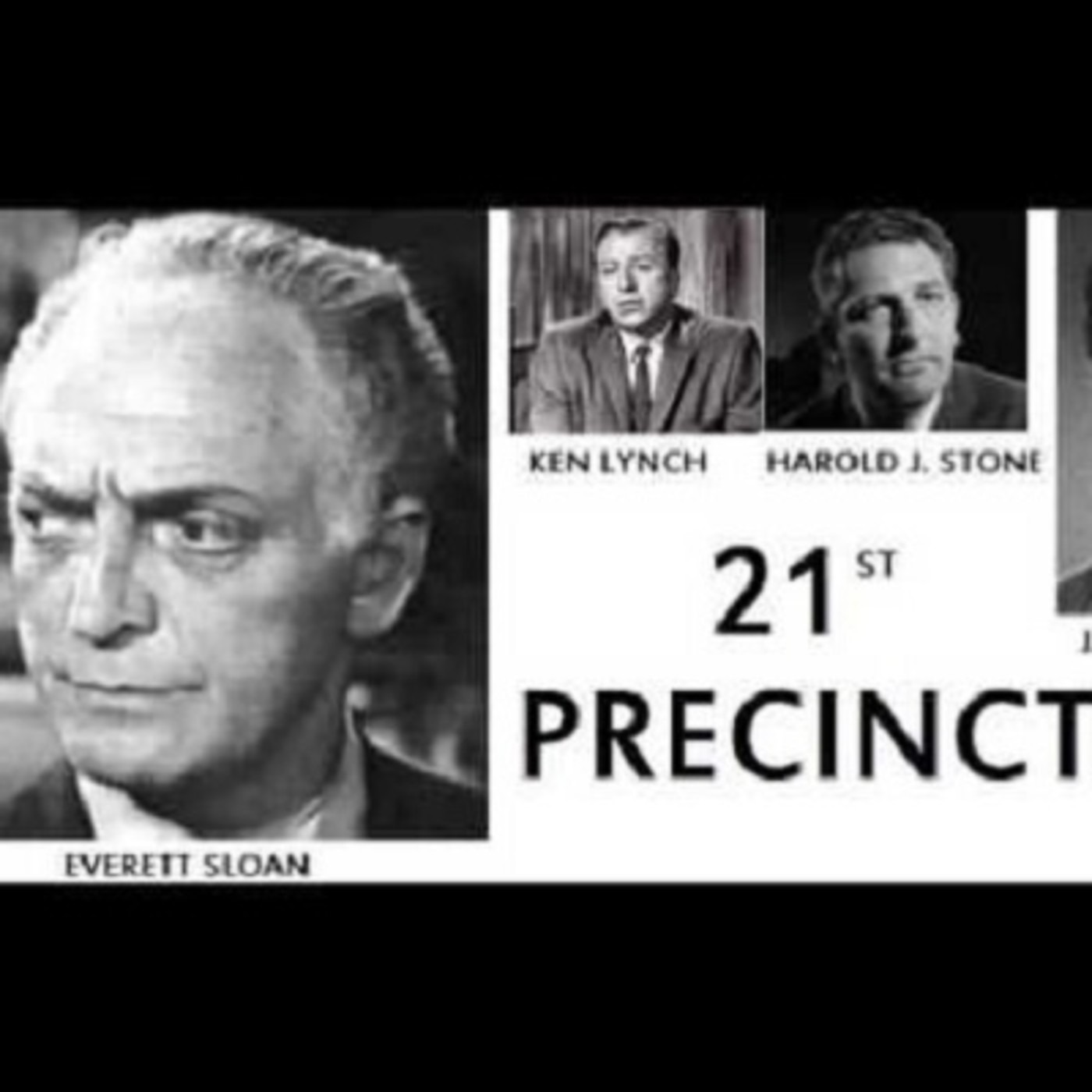 21st Precinct Genre Police Drama Running time30 minutes Country of origin United States Language(s)English Syndicates CBS Starring Everett Sloane Announcer Art Hanna Bob Hill Original release1953 – 195621st Precinct (aka Twenty-First Precinct and Twenty First Precinct) was a police drama broadcast on CBS radio from July 7, 1953, to July 26, 1956. It was initially a summer replacement for My Friend Irma. The program was produced in cooperation with the Patrolmen's Benevolent Association of the City of New York and presented "adaptations from true criminal records in New York...from the policeman's point of view." Historically, the 21st Precinct had been located near Gramercy Park in Manhattan but in 1929 the Department reorganized the precinct numbering, and the 21st designation was dropped from use. No such precinct existed during the show's run, nor does a 21st exist today. However, the fictional precinct's territory corresponds closely to that of the Upper East Side's 23rd Precinct as it has existed since 1929. Stanley Niss was the producer writer-director. The role of precinct Captain Frank Kennelly was played by Everett Sloane (for the first 109 episodes and briefly in episode 135). During episode 109 Captain Frank Kennelly was promoted to Deputy Inspector and reassigned out of the 21st Precinct. He was replaced by Captain Cronin James Gregory (1955–56) and Les Damon (1956). Other cast regulars were Ken Lynch (as Lt. Matt King), Harold Stone (as Sgt. Waters), Jack Orissa (as Sgt. Collins), and Santos Ortega (as Lt. Gorman). The program's announcer began the program's opening each week:21st Precinct. It's just lines on a map of the city of New York. Most of the 173,000 people wedged into the nine-tenths of a square mile between Fifth Avenue and the East River wouldn't know, if you asked them, that they lived or worked in the 21st. Whether they know it or not, the security of their persons, their homes, and their property is the job of the men of the 21st.At that point the lead actor would complete the introduction: The 21st Precinct. 160 patrolmen, 11 sergeants and four lieutenants of whom I'm the boss. My name is Kennelly. Frank Kennelly. I'm Captain in command of the 21st. Art Hanna, Bob Hill, and Hugh Holder were the program's announcers. The series was produced by John Ives; it was usually directed and written by Stanley Niss. (Another source lists Niss as producer.) From Wikipedia, the free encyclopedia https://studio.firstory.me/signup?via=richard This podcast uses the following third-party services for analysis: Potrac - https://analytics.podtrac.com/privacy-policy-gdrp Chartable - https://chartable.com/privacy See acast.com/privacy for privacy and opt-out information. Become a member at https://plus.acast.com/s/21st-precinct